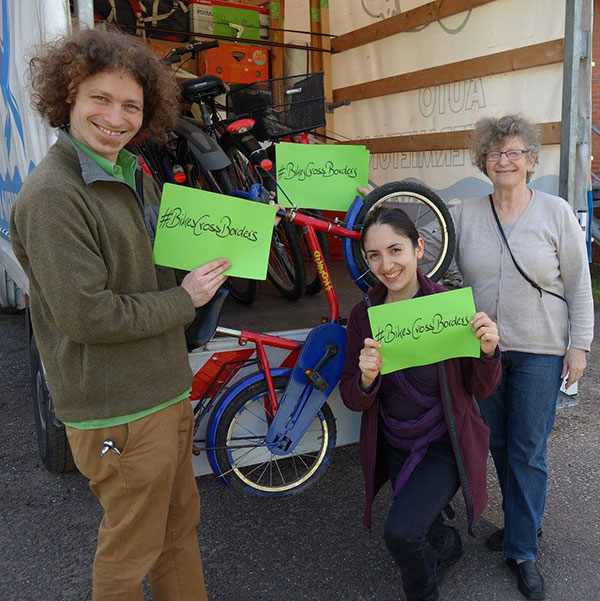 In Moldova, cycling is also a political message for self-responsibility, eco-friendly life-style and a “NO” to the ultimate goal that everybody should possess a private car stuffing our towns.

In 2009, our activist Julian installed a bike rack at ULIM, Chisinau (Moldova). Now, eight years later, EcoVisio launched the #BikesCrossBorders project - a project that wants to foster cycling in Moldova.

#BikesCrossBorders in short: bringing a number of second-hand bicycles from Germany, from people who no longer need them, to Moldova, and giving them a new life here.

#BikesCrossBorders story: context ("Cycling in Moldova: a crazy idea or the only way to go?") and the fresh story below:

We are convinced that cycling is the most modern way of people transportation in towns. Chisinau, the capital of Moldova, has a perfect size, the hills are training your muscles... but there are still not enough cyclists in order to be taken into consideration by the system.

Our EcoVisio alumni agree and many would love to switch to a bike, but here is another problem they are facing: in Moldova, bikes are more expensive than in Europe! Either you have the offer of sport bikes beginning at 300 euros or somebody transported second hand bikes from the Netherlands and Germany and asks twice the price for it, beginning at 150 euros.

Throughout the years, several EcoVisio projects, and projects of our participants, tackled the issue of sustainable transportation - the activEco project "Bike Point" in 2013, the bike ride to Bender in the framework of EcoVisio & DAAD project "Green Network around river Dniester" project, etc. Many members of EcoVisio use bicycle as the main means of transport in the city. However, we still need more bikes in our everyday life!

Coming from Germany, Julian had had an idea: in Germany, there are many bikes that are no longer needed due to various reasons. At the same time, those bikes would be highly appreciated in Moldova. The solution is easy: find German people who no longer need their bikes, take the bikes to Moldova and find them new owners.

Most of EcoVisio programs' alumni are at the same time alumni of the Theodor-Heuss-Kolleg program, and thus eligible for the alumni grants from MitOst association. And so, the #BikesCrossBorders, a MitOst alumni project, came into the game.

Many of our donors are elderly Germans. Hence, the bikes did not only cross the EU border, but also the border between generations and language. 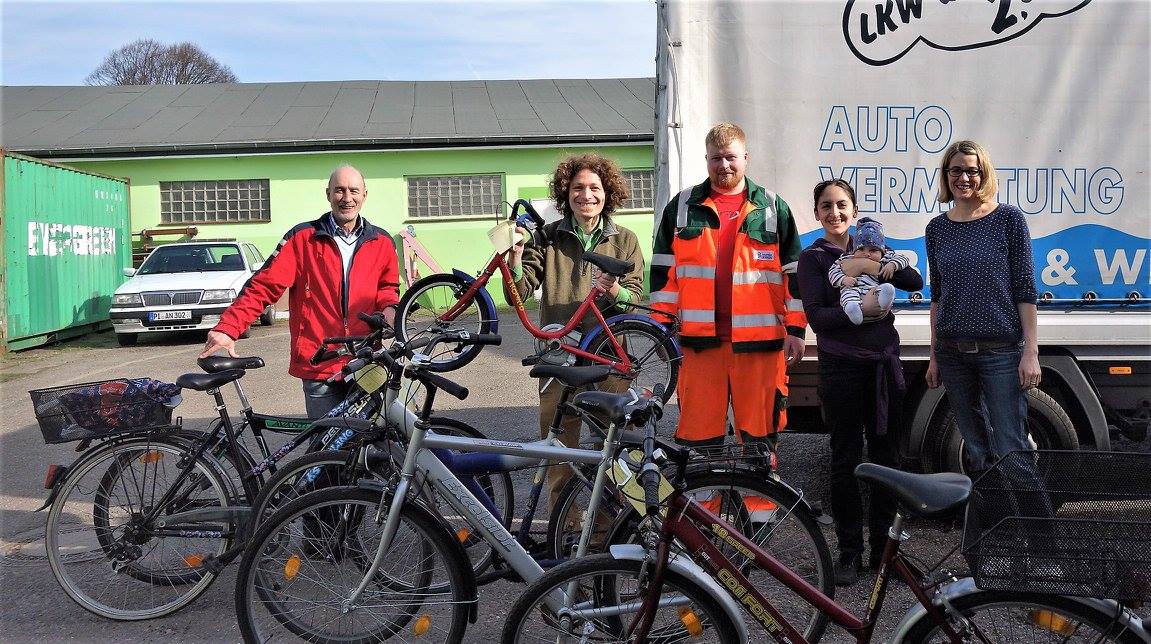 How we did it?

1. Stage one - in March 2017, the bikes were collected in Uetersen (Julian's home town) and in Berlin. Julian brought them to Bad Salzuflen.

Overall, 17 bikes were donated by German citizens in order to increase sustainable transportation in Moldova. 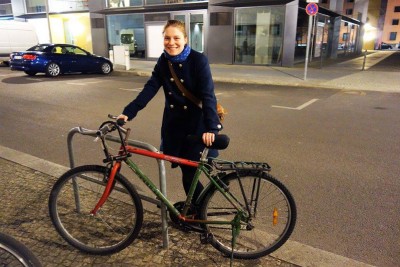 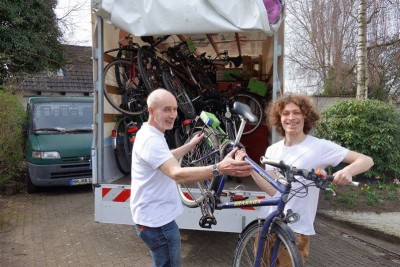 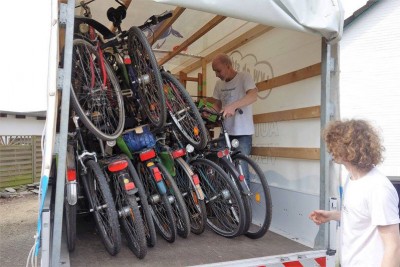 2. Stage two - on April 1st, the 17 bicycles were brought to Fagaras (Romania) with help from the German association “Agape e.V.”. In Fagaras they were repared, in case of necessity, and transported to Iasi on April 13th. Two of the bicycles came to Moldova early with Julian and Valeria.

4. Stage four - on the morning of June 3rd, 2017, 14 Moldovans and one Julian met in Tomesti (a locality close to Iasi). There, the bicycles were distributed through a lottery (afterwards, you could exchange with others to find the most appropriate bicycle for everyone), adjusted - and the trip began! 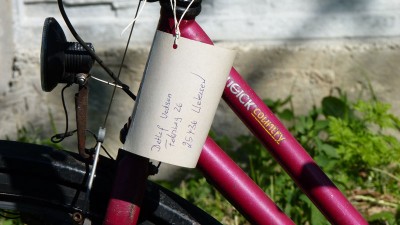 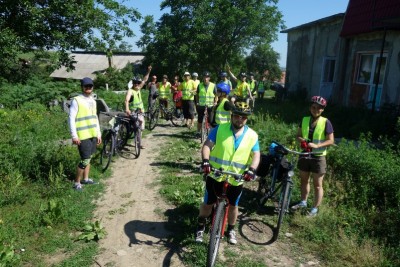 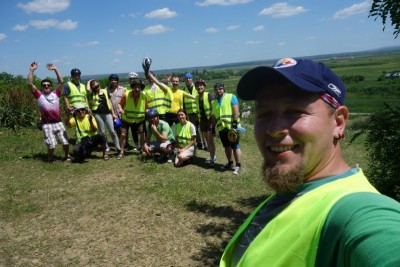 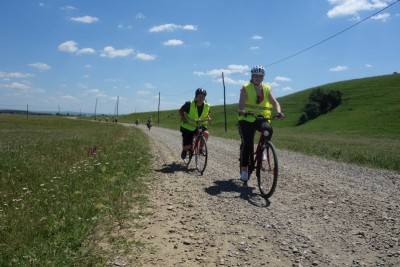 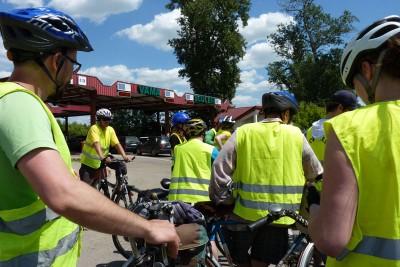 That day, the participants made over 50 kilometers - about 35 km from Tomesti to Romania/Moldova border in Sculeni, and then the group split - some participants hurried to catch some transport to Chisinau from Ungheni (22 km more) and the majority went to village Todiresti (~17 km more). On the road, multiple borders were crossed, including physical limits, hills climbed, wells inspected... and, finally, after the final hill, the activists found their rest for the night (as well as tasty food and a whole tree of cherries) in Todiresti. 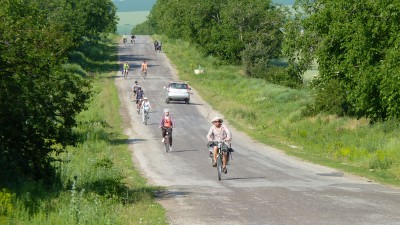 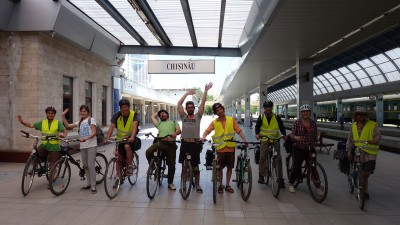 On June 4rd, the road continued, with about 10 more km to village Pirlita, from where a morning train took the remaining ten people (and their bikes!) to Chisinau. Why use train - it'd be too difficult to brave ~80 more kilometers of narrow and damaged road, both in terms of participants' capacities (for some of them 50 km in a day was already a big personal record) and in terms of safety. Small remark - it wasn't too easy to carry bikes by the train either... but in a few hours, they still reached Chisinau. And then, finally, they had a small ride through the city - a model of what's to come.

You can find more photos from the trip on EcoVisio fb page. 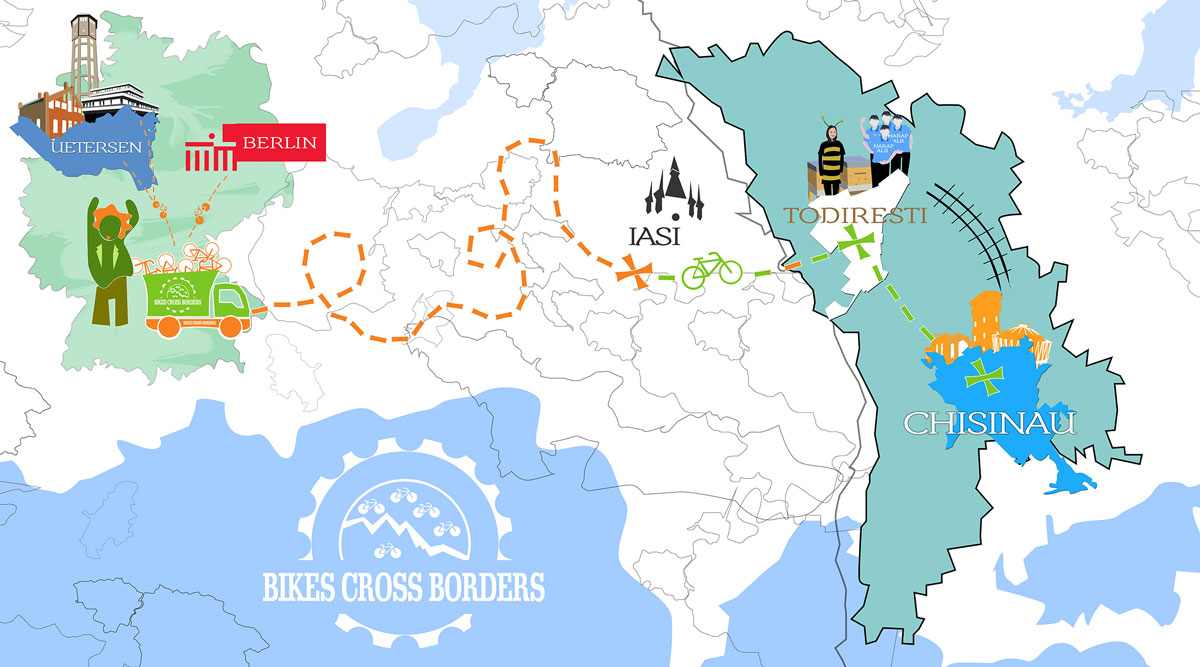 5) Stage five: now, if you look out, you can spot some of these bikes and their owners in the city! Moreover, we are also holding Critical Mass Chisinau events on each last Friday of the month. The first was on June 30th, the second - July 28th, then August 25th, September 29th (record Critical Mass - 35 participants!) and so on - so, if you are into bikes, keep your eyes open! 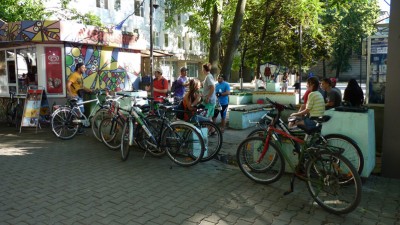 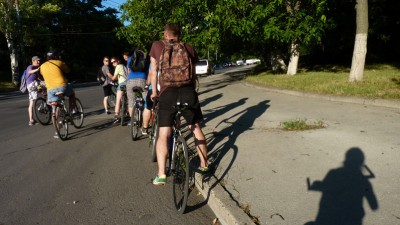 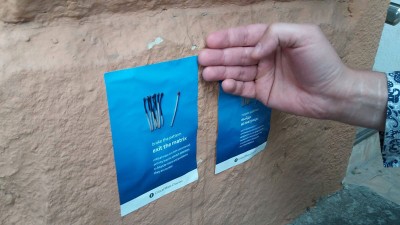 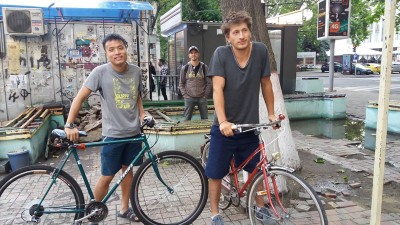 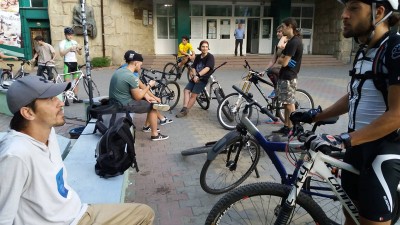 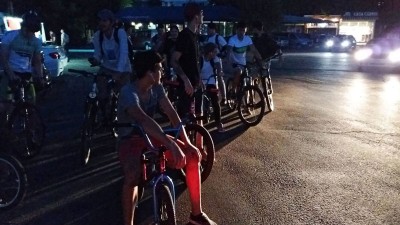 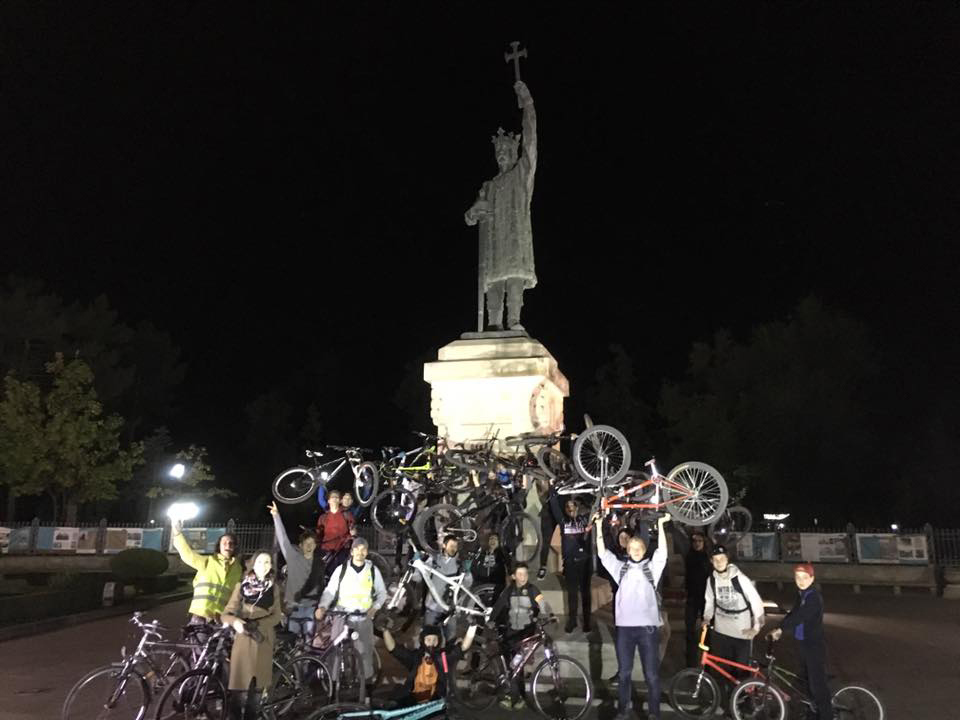 This project is supported by: