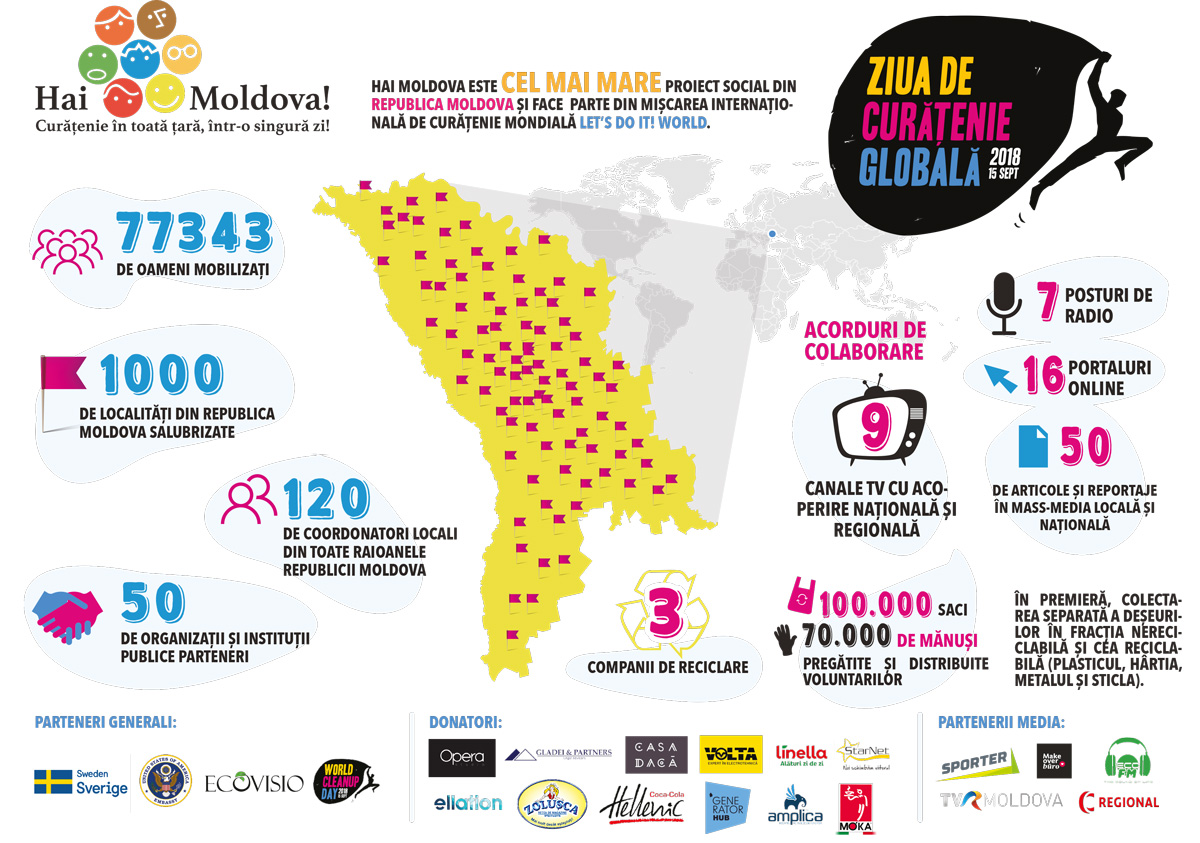 “Hai Moldova” (“Come on, Moldova”) is a wide-reaching social project from Moldova and a part of the international clean-up movement “Let’s Do It! World”. It was launched by a team of independent volunteers who organized several national cleanups with up to 120,000 participants in 2010-2012, then took a six-year break and was officially re-launched in partnership with EcoVisio in 2018. The base for the close collaboration was the shared values and topics of interests - community engagement, education for sustainable development, waste management, etc.

While the official World and National Cleanup Day was on September 15, 2018, in Moldova the activities all around the country took place in between September 14-28, and involved - thanks to about 120 local coordinators - 77,343 people in about 1000 localities. For the first time, the trash - where possible - was collected into recyclable (metal, paper, plastic, glass) and non-recyclable fractions.

Hai Moldova 2018 is not only about cleanups. It is also about capacity building and leadership (see the project Future Local Leaders), and about Keeping it Clean (see the Separate Waste Collection in Schools).

The organization of the National Cleanup Day in Moldova in 2018 was possible thanks to the support of the Swedish Government.